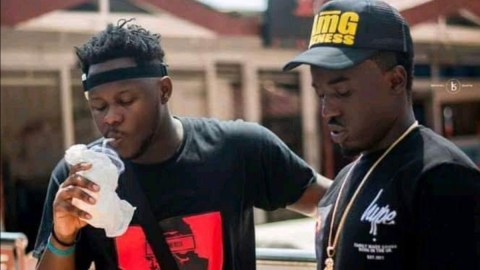 The truth is, Paedae or better still Omar Sterling of R2Bess fame is one Ghanaian rapper with the finest lyrics and punchlines, but due to laziness and complacency, nigga is conspicuously missing in action in the game as expected, ceteris paribus.

It’s at the back of the above-mentioned analogy that social media users (netzines) decided to compare and contrast the rapping prowess between Omar Sterling ad Ghana’s very own rapper Sarkodie of SarkCess Music fame.

According to netizens, Omar Sterling has great control over the rap. He is also fluent in the English language he uses.

Sarkodie on the other hand also has full command when it comes to using the local language.

Some also argue that Omar Sterling is very good at rap but the only problem is he doesn’t provide a hit song back to back.

Enjoy the rest of the discussions via the screenshots below:

The Best Rapper Between Paedae And Sarkodie

The Best Rapper Between Paedae And Sarkodie