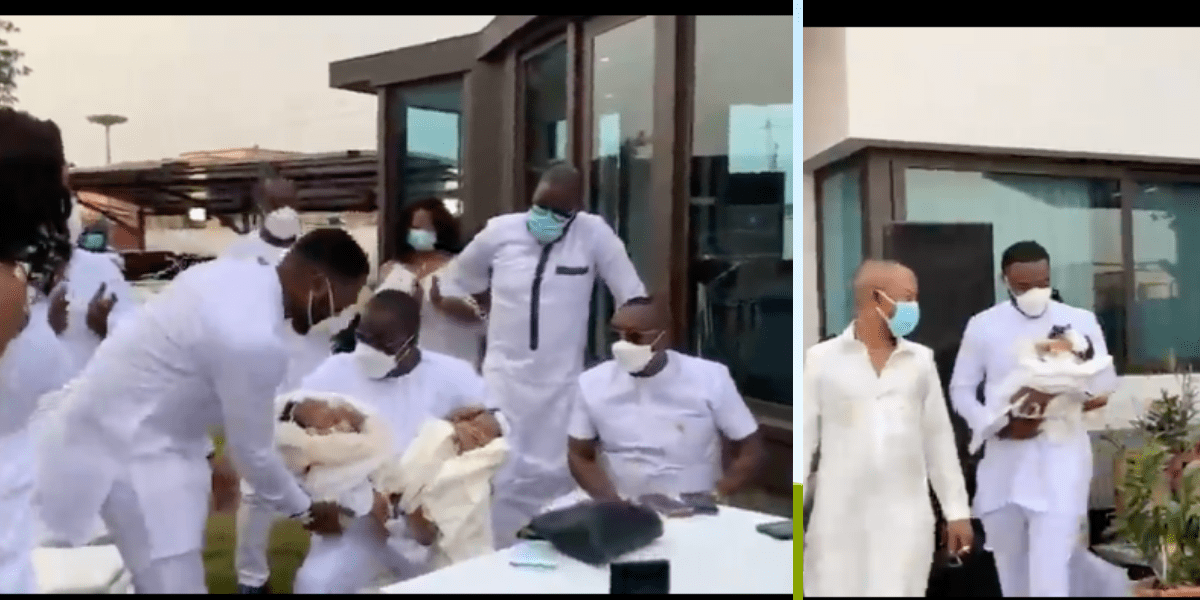 In November last year, it was reported that wife of Kennedy Osei had given birth to twins in Accra but several people doubted the news when Tracey denied the news in a private convo with a friend on Snapchat.

Our sources then had told us, she gave birth at Ridge Hospital inside Accra and that the babies had to be put in incubators bought by the Despite family as they were pre-matured at the time.

Looking at how sensitive the birth was, it’s understandable why they would deny the news when it leaked, but in a new post by Fadda Dickson on his IG has confirmed that, yes indeed bloggers didn’t lie when they reported that Kennedy is a proud dad of twin girls.

As his father, Kwame Osei Despite celebrates his birthday today, in the video posted, Kennedy and his wife Tracey are seen placing the twin girls on the laps of their grandfather in what looked like a naming ceremony.