Gladson Awako wins NASCO Player of the month of December 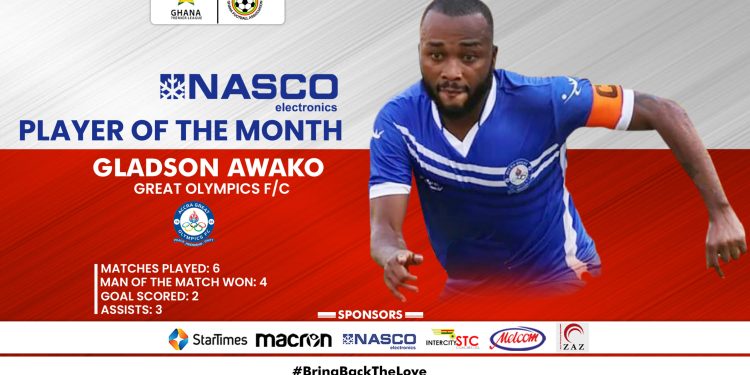 Midfield general Gladson Awako of Accra Great Olympics has been adjudged the Ghana premier league player of the month for December.

His outstanding form in the six matches under review (November – December) saw him score four goals with three assists. He also went ahead to win Nasco man of the match award four times with the period.