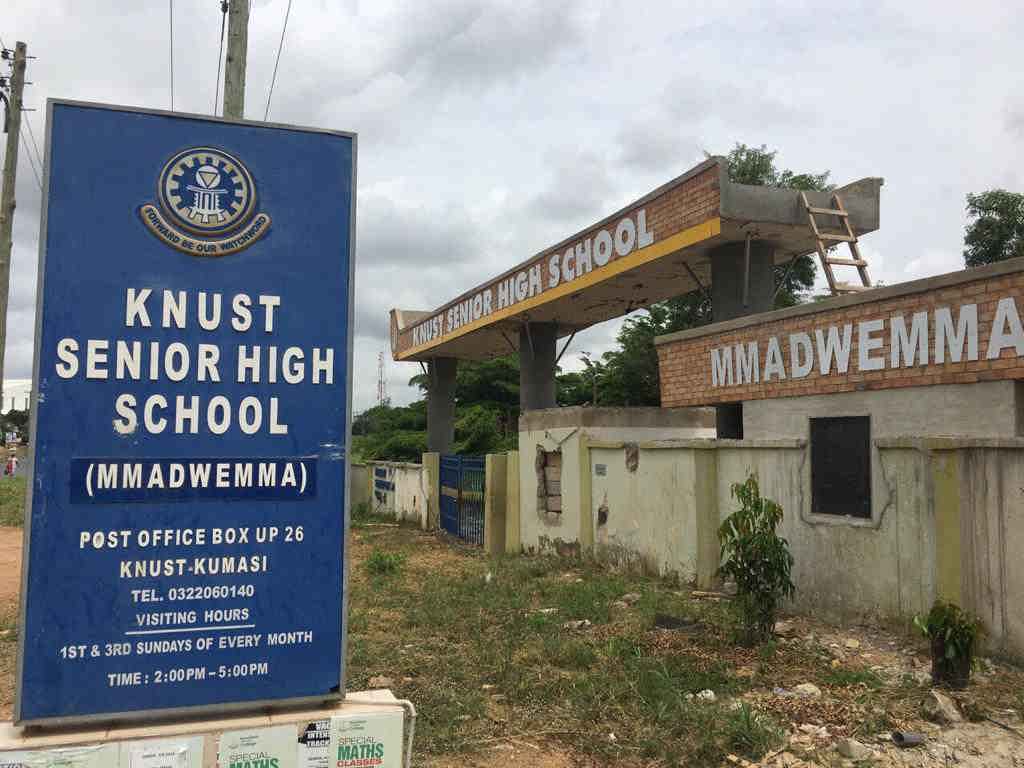 The Ghana Education Service (GES) has interdicted the headmistress of the KNUST Senior High School, Felicia Asamoah Dankwaa following the demise of a final year student of the school on Tuesday.

Armed police were on Tuesday forced to restore calm on campus after students of the school went on a demonstration to express their displeasure over the incident.

The students accused school authorities of not attending to the sick boy, who complained of a stomach upset during the day.

According to the students, out of fear that the boy may have contracted Covid-19, he was left unattended, and in the care of his colleagues for nearly three hours.

The subsequent news of his death sent students on a rampage in the school; resulting in the pelting of stones and damaging of the headmistress’ saloon car. 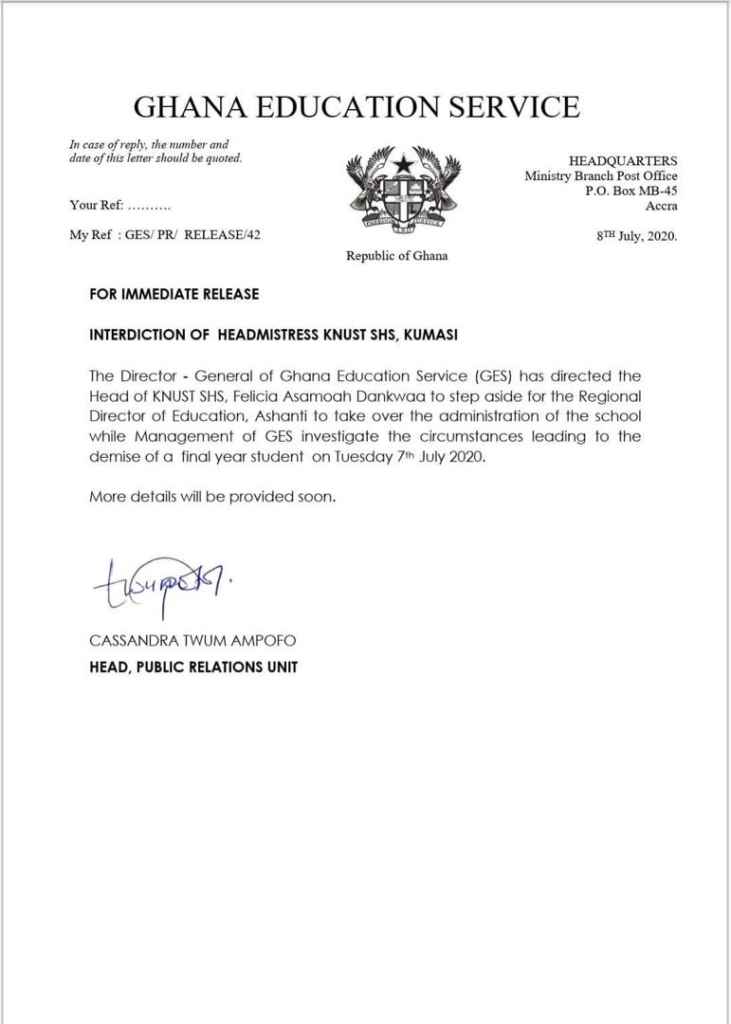 The angry students said, had the teachers attended to the boy and not waited for his father to pick him up, he would have survived.

Responding to the development in a press release, Head of Public Relations Unit for the Ghana Education Service, Cassandra Twum Ampofo said the interdiction of the headmistress is to allow for investigation into the issue.

According to her, the directive from the Director-General also indicates that the Regional Director of Education in the Ashanti Region is to take over the administration of the school until the management of GES concludes their investigation into the death of the student.